Why we love not-for-profits (and you should, too!)

Let me tell you why we love not-for-profits (and you should, too!) because there is more to it than, “it’s a nice thing to do”. This sector includes around 600,000 organisations in Australia of which more than 50,000 are charities. They play a critical role in our community, and most of us are touched by them in more ways than we realise every week. Not-for-profits have so much to offer, and there is so much we can learn from them, though their biggest weakness is sharing expertise. 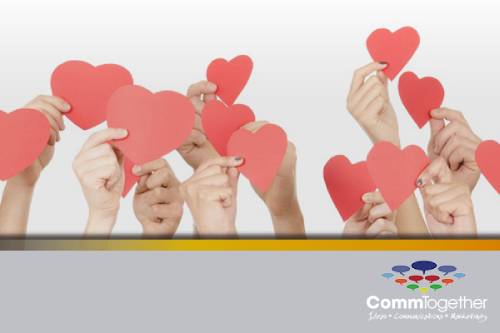 Not-for-profits are all worthy causes, whether they are the local sporting team or providing services for those in need, or conducting research to improve life for a small group through to all of us. As I have learned, working with such a variety of organisations over many years, you also never know when you are going to need their support. You don’t know when circumstances change and suddenly you or a family member is in crisis or becomes ill. More basic than that, religious groups, schools and sporting groups touch most of our lives at some point. While this basic truth is why we love not-for-profits (and you should, too!), there is more to it. We love the opportunity they represent.

There are of course plenty of exceptions, but they tend to be the very large players in the market. As a general rule the majority of organisations have a one-dimensional approach to their communications, telling you what services they offer and the events they are running to create an opportunity for you to donate to them. If only they would share more of their knowledge, the impact and therefore reach they could have would be substantially magnified.

Communication should not always be selfish. This is particularly true when it comes from a cause where you already have an emotional engagement with them. Their audience would be far greater if they were more generous in sharing general knowledge which can assist those who may not need their services. They don’t think enough outside the box.

Governments increasingly don’t want to fund organisations directly. They are opting for a person-centred approach, which is already causing waves throughout the sector. Looking at grants through foundations takes a lot of time and resources, and then the success rate is generally low, not to mention the money is usually never for exactly the services the cause wants to provide. Donations from individuals will be impacted by the increased cost of living, higher debts and less access to cash.

3. Businesses and not-for-profits do not know how to play together for a mutual benefit.

Businesses who give to causes often do so with little return benefit, other than ‘feeling good’, which is not good business. They have money to spend, but there is little incentive if there is no return on their investment. Both sides are often also too hung up on the mistaken belief that not-for-profit means no profits are to be made.

Businesses and not-for-profits want the same thing, to build their brands and grow their audiences. Ultimately they need money to continue to survive. This can be done together, by using the emotional engagement of not-for-profit brands, combined with their own expertise and that of businesses who seek the same audience. Businesses will pay for this because there is a direct benefit. This non-traditional funding stream is all about sharing content. In other words taking a modern approach to communication. Building an inbound marketing strategy using digital platforms.

That is what I mean by the opportunity which so excites us. That is why we love not-for-profits (and you should, too!). It is why we have a free e-book to download, so you can understand how to implement the solution.