Fundraising for charities and even more broadly, not-for-profits, is an important component of the organisation.  Whether the amount raised constitutes a small or large proportion of the organisations annual funding, in the eyes of the public it will always be seen as a major activity. When it comes to drafting your Annual Report fundraising will need a dedicated section.

A charities Annual Report should be regarded as a major marketing opportunity.  While there are plenty of guides and requirements for annual financial reporting (like the one in the link by CPA), the same can’t be said for the communications around it, until now.  Tips for reporting on fundraising for charities is just of over 20 areas covered in this free e-book.

What to cover under fundraising

1. Major events and activities during the year. It is easy to fill pages with photos and too much detail about the events themselves. It is better to talk to the highlights, the targets which were set and whether they were reached. Include any significant outcomes which resulted from the activity such as any media coverage (referencing the table which should appear in the CEO section for overall coverage).

2. The methods and costs used for fundraising. If for example, for every $1000 you spend on fundraising, you make $3000, there is nothing wrong with showing this return on investment. Let people know what activities are the most successful.

3. You can also include grant writing as part of this equation if a good deal of time is spent on it, netting good returns. 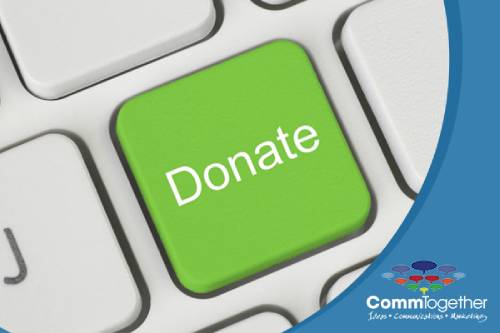 4. Don’t forget to thank everyone, whether it’s government of small donors. You can’t name everyone who has given $2, but you can thank them broadly. Once people give a certain amount, if they are happy for their details to be included, they should be thanked.

5. Talk about how you far the donations will stretch in terms of sustainability.  How the money will be spent is too often glossed over.  Don’t be afraid to say a certain percentage or dollar amount is put aside for future investments. Fundraising for charities is as much about the long-term viability of the organisation as it is for raising funds for a particular item or project.

Give it the space it deserves

When you are putting together an Annual Report, be careful not to let fundraising dominate any more than it should relative to your organisation. In many cases, this section may be more correctly titled, funding, because there are limited sources of income which constitute the majority.

It is ok and generally expected that you will also add in a reference or ad as to how and why to donate, towards the back (often the back cover) of the report.  Remember an Annual Report is a key marketing tool for the organisation, so it is worth spending the time to get it right.

For more tips on how to get maximum value out of your charities next Annual Report, including information on what to include in the CEO Review, Board Chair Report, Operations Reports and much more, please download our free e-book.