Pulling the right marketing trigger can be complicated, even if the solution may seem obvious to some. For example, if you were the President of the United States right now, would you ban guns?

President Trump is battling something particularly his most recent predecessors have struggled with, what to do about guns and gun violence? On the one hand, they have their right to bear arms backed by a powerful gun lobby, and on the other, they have mass shootings and violence on the streets. He has two very distinct groups he is marketing to; the question is whether he searches for a middle ground or favours one side?

The middle ground has not proven to be popular so far, if arming teacher’s can be called a compromise. Middle ground is dangerous territory because from a marketing perpective instead of trying to appease everyone, you satisfy nobody.

What business can learn from the aftermath of the Florida shooting

What happened in Florida was a tragedy and the discussions around it will continue for some time to come. What I want to do for a moment is look at it from a business perspective. There are two very emotive camps whom the President must appease. Many on both sides are his key supporters. Everyday businesses face the same dilemma.

When you create a niche for your brand, you risk alienating a potential audience. Take a simple example; you sell dresses for average sized women. Your target market is women in their 20s to 40s. The minute your store opens up, and your sizes don’t go below, or above a particular mark, then you are isolating an audience. There is no problem with this, but you just have to know your niche and own it. 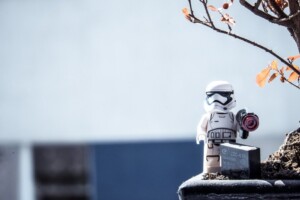 When you are in a situation where you want to appease everyone, then you do need multiple products to fit different audiences. Those differences might be subtle, but the marketing trigger you pull here will be critical. For example, take a look at most any car ad. They will usually feature a typical kind of potential buyer. If you see a 20 something woman driving a car in the ad, and you are a 50 something male, you subconsciously believe this is not the car for you.

Remember also the decision on the trigger to pull may vary from market to market. If you are talking internationally, then clearly cultural influences govern your decisions. If we go back to Trump for a moment, if Australians were able to vote on what to do about guns, the decision would be much easier.

As a marketer, it is interesting to see the campaign against guns become more emotive than ever before with students taking the driver’s seat. Remember, marketing is very much about emotion, because 90% of our decision-making processes are emotional, with 10% the logic to justify them. The students are also fighting on the platform where they know the President likes to play, Twitter. The latest showing one student has more followers now than the gun lobby.

In business, you need to listen and respond to shifts in the market, particularly where emotions run high. You need to listen in on the platforms where your audience is and respond. No business is ever too big to change its mind. We have seen food, and beverage companies change formulas and have to shift back.

I am not sure what decision you would make if you were Trump? More important to you, is carefully deciding and regularly reviewing, pulling the right marketing trigger to make a real difference to your business. We are here to help guide you, even you President Trump.